“We only ever danced at weddings …” That’s a line from a poem I wrote nearly 25 years ago about my father. I was a 33-year-old creative writing student at Oberlin College then, still working through the 20-year-old grief of losing my father soon after I turned 13. In the 1960s, my father and I had several opportunities to dance together—three of my cousins were married in elaborate celebrations of love, with opulent receptions in Cleveland hotel ballrooms. The remnants of these memories reveal snapshot scenes: a fountain flowing with champagne, my glamorous cousins in gowns, relatives and strangers linked in the dabke, a traditional Lebanese folk dance accompanied by drums. But like so much of what passed for happiness in the 1960s, these moments were evanescent. Even the hotels are gone.

That’s why I’m so grateful to have this picture of my dad. There aren’t many of them; he was always the one taking the pictures. One of my cousins found an undeveloped roll of film in her late mother’s apartment, took it to a photography store in Cleveland, and surprised me with this print.

As Father’s Day approaches, my dad feels closer to me than ever. I’m sorting through old photos of him (courtesy of my cousin), reading his war letters home, and working on a memoir in which he has the starring role. I’m also sorting through some of my old photo albums, and came across this picture, which symbolizes so much for me. 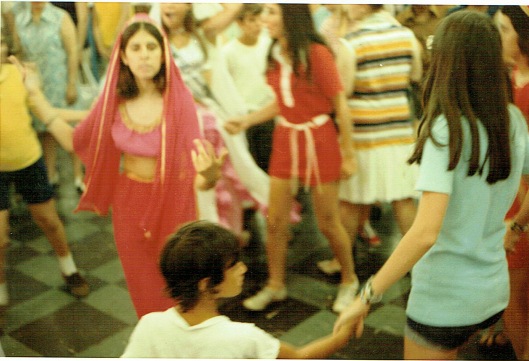 The author performing the dabke at an international festival.

After my father died, my Sicilian-American mother wanted to keep his heritage alive for me. She joined the local Lebanese social club, and I was enlisted to dance with other young people at the Lorain International Festival. This would have been around 1972. In this photo, I’m performing the dabke, the dance I learned as a child, watching my relatives at those glamorous weddings.

Two years later, I would represent my culture as the Lebanese-Syrian Princess at this same festival. But that’s another story.

All my life, I thought I was participating in these activities to please my mother and honor my father’s memory. It’s only now that I realize the dancing was as much for me as it was for him, keeping the rhythm of love and family alive in my heart. 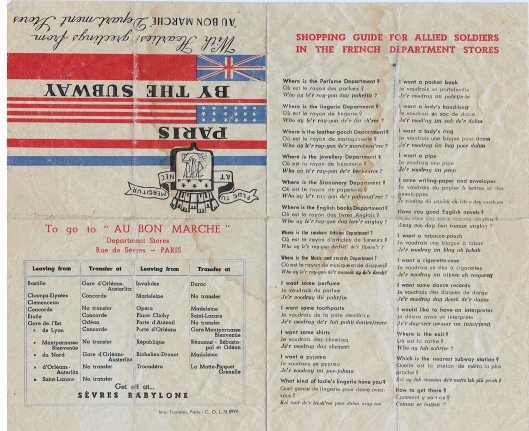 The news is filled with reminders that 70 years ago today, the tide turned on the beaches of Normandy, France, when the United States led Allied Forces in an offensive that changed the course of World War II, leading to victory on the European front, or V-E Day, on May 8, 1945. My father served in that war, although he was stationed with the U.S. Army in the Persian Gulf. And while his brother served with the Army in the war’s European theater, I’m not sure if my Uncle Norman was part of the charge on D-Day. As I think about this historic anniversary, I’m reminded of how difficult it must have been for my grandparents to have two of their three sons in harm’s way.

I’m also reminded of something else—something that lies at the heart of civilization: Love. I’ve been reading the letters that my father wrote home during the war, and recently found a trove of other memorabilia. Just this afternoon—on the anniversary of D-Day—I opened a folded brochure that serves as the illustration to this post—a “shopping guide for allied soldiers in the French department stores.” The famed Au Bon Marché (known today as Le Bon Marché) made this guide to the metro available “with heartiest greetings,” as the publication proudly declares. The French, the ne plus ultra of all things civilized and cultured, knew that even far from home, a soldier would have someone to shop for. 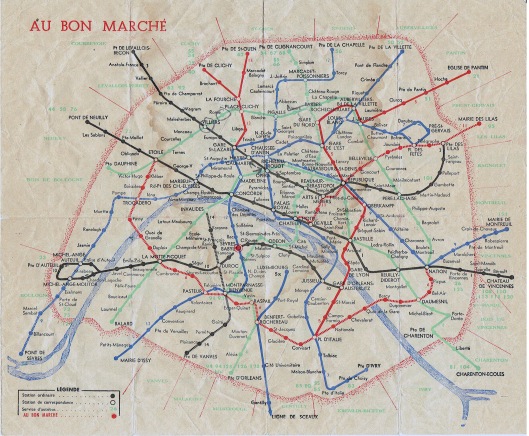 The guide includes some helpful translations, as you can see in the first image. I think this one’s my favorite:

In all seriousness, the French knew that they and their allies were fighting not only for freedom from oppression, tyranny, and injustice—they were fighting for the preservation of the very thing that makes the world go ’round.