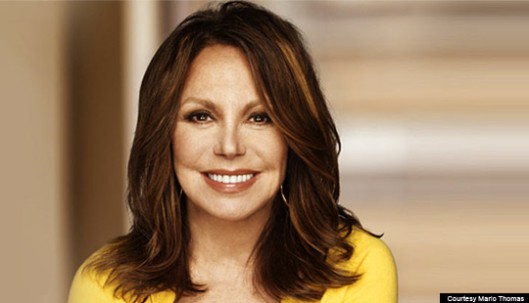 One of the great satisfactions of writing this blog is the chance it gives me to explore subjects that mean a lot to me, and to share with you information that I think you’ll find useful, uplifting, or inspirational. I know that there are many among you—midlife second wives, like me—who are learning to navigate the waters of midlife or of second wifedom—or, heaven help us—both. (Incidentally, for anyone unsure of the exact definition of a “second wife” in the context of this blog, please see the penultimate question in the FAQ.) As a writer, I’ve always found inspiration in the stories of others—in how they create their lives and how they contribute to the world. When I started writing a blog about “the real and true adventures of remarriage at life’s midpoint,” I knew that I wanted to have a section that honors other second wives— women who have walked a mile in those stilettos, sandals, or running shoes. Today it gives me great pleasure to introduce the blog’s newest feature—The Midlife Second Wives’ Hall of Fame. I can think of no more deserving inductee to inaugurate the Hall of Fame than actress, author, activist, producer, philanthropist, and social media guru Marlo Thomas.

Marlo married iconic television journalist Phil Donahue 31 years ago (it was her first marriage, his second), and they put a whole new spin on meeting cute—she was his guest on The Phil Donahue Show. When they married, she gained five stepsons. Talk about a life change! She recently shared one of the secrets of their successful marriage when she appeared on The View:

Regular readers of the blog won’t be surprised by my selection. Marlo Thomas has been an important touchstone throughout my life; it was an honor to finally meet her last November in New York City. 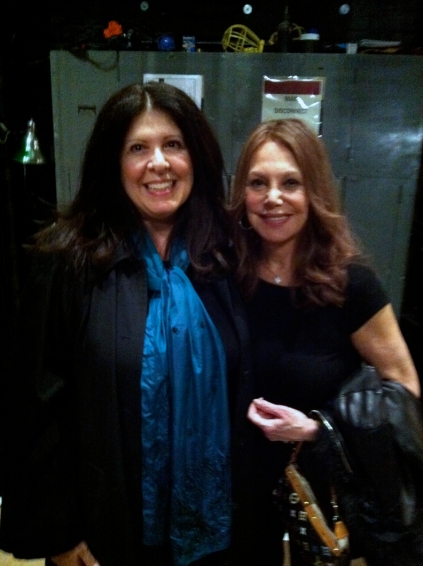 The daughter of beloved entertainer Danny Thomas, Marlo grew into her birthright as Hollywood royalty by making her own mark in show business, winning honors and acclaim for her groundbreaking role of Ann Marie in the ABC series That Girl. The mid-1960s sit-com depicted, for the first time, a single woman living on her own. Yes, she had a boyfriend, but that’s not what defined her; it was Ann’s career, and her quest to make a name for herself as an actress, on her own terms, that made her a role model for countless young women. I was too young to realize it, but Marlo also created and produced this series—until that time, Lucille Ball was the only woman to wield that kind of power in Hollywood.

I imagine every woman of a certain age has a That Girl story to share. Here’s mine: When I was a freshman at a Catholic high school in Ohio, a boy in my class had a bit of a crush on me. He and many people, including my own mother, thought I looked like Marlo Thomas. I suspect Mom’s reason was because, like Marlo, I’m also half-Lebanese and half-Italian. The boy in my class used to go home after school and watch reruns of That Girl because Marlo Thomas/Ann Marie reminded him of me. Those were such wholesome, innocent times! He became my first and only high school sweetheart.

I identified with Marlo and her character not because of any physical resemblance, but because of her passion—her belief in her ability to create her own destiny. That was a new idea for me, and one that would take me years to embrace as my own. But here’s the thing: I never lost that dream. Not once. Even when it seemed that I was as far from it as one could possibly be. The dream was to become someone, which is, in truth, what every person longs for. And for most of us, myself included, that dream is not about fame or celebrity, but about living an authentic life.

Marlo would go on to influence future generations with her inspirational Free to Be book, recording, and television special. Her influence continues today in myriad ways. She carries on her late father’s work as a fundraiser and awareness-builder for St. Jude’s Childrens’ Research Hospital. And as if acting, writing books, and philanthropy were not enough, she curates MarloThomas.com at The Huffington Post and contributes to the website wowOwow.com. She welcomes visitors to her Facebook page with this mission statement:

This is a place where we can share our thoughts and dreams, vent a little, and — hopefully — laugh a lot!

Laughter is an important part of who Marlo is—she is not only an endearing comedienne, she is also a connoisseur of comedy, as evidenced by her latest book, the memoir Growing Up Laughing: My Story and the Story of Funny. It features her interviews with such funny people as Elaine May, Jon Stewart, Stephen Colbert, Lily Tomlin, and Joan Rivers. Laughter is the glue that often keeps me together, and I found her book filled with wonderful insights and life lessons.

The book includes her bio, which provides another window or two into her life:

Marlo Thomas graduated from the University of Southern California with a teaching degree. She is the author of six best-selling books, Free to be … You and Me, Free to Be … A Family, The Right Words at the Right Time, The Right Words at the Right Time Volume 2: Your Turn!, and Thanks and Giving: All Year Long. Ms. Thomas has won four Emmy Awards, a Peabody Award, a Golden Globe and a Grammy, and has been inducted into the Broadcasting Hall of Fame for her work in television, including her starring role in the landmark series That Girl, which she also conceived and produced. She is the National Outreach Director for St. Jude Children’s Research Hospital. Ms. Thomas lives in New York with her husband, Phil Donahue.

Marlo, thank you for a lifetime of inspiration. It is my distinct honor to induct you into  the Midlife Second Wives’ Hall of Fame. Please accept the virtual TMSW Hall of Fame Crown as a token of my esteem.

“Secrets of a Successful Marriage: Marlo Thomas and Phil Donahue”